Quiz: Who Is Your Harry Potter Boyfriend? Take 1 of 6 Boys!

Find out who your Harry Potter boyfriend is by taking this entertaining quiz. Are you in love with Draco Malfoy, Ron Weasley, Harry Potter, or someone else?

Potterheads, congregate here! Another Harry Potter quiz is here, and this time we’ll tell you which character in the hugely popular series—whether it’s the book or the movie—is your lover. So stay with us while we discuss Harry Potter.

A fictional figure by the name of Harry Potter serves as the primary character in the HP series of books. The narrative is written by British author J. K. Rowling and is set in a fictional school that is a little different from other schools you may be familiar with.

Students who attend this school are taught the skill of magic and witchcraft, and HP is one of these students who encounters certain difficulties that they have never encountered before. Harry is not, however, alone himself; on his voyage, he encounters both allies and foes, and each has its own difficulties.

J.K. Rowling was a waitress and a single mother when she made the decision to pursue her dream of creating the Harry Potter books. When she did write her first book, it became an instant success.

Currently, the Harry Potter series of books and films is regarded as a classic in the fantasy genre; in some locations, this book is used to teach the craft of literature. It has a big impact on many writers in this field.

It’s one of the most important and well-known names in business and entertainment, and it continues to produce video games, comic books, and movies about this series.

The first Harry Potter book was released on the market, and it quickly rose to the top of the bestseller list. The book’s quick success as a best-seller astounded many readers, and many publications strove to match J.K. Rowling’s rising fame.

Rowling amassed fortune from the Harry Potter series, but she didn’t blow it all. She therefore gives the majority of her income to the charities of her choice. She was having a difficult time adjusting to life without her spouse, and she was aware that many other people were experiencing what she had.

Not long after the Harry Potter books were published, Warner Bros. firm became interested in them. They contacted Rowling and requested if she would allow them to adapt the books into movies so that this brand might have its own cinematic universe.

As you are already aware, the Harry Potter movie was also a huge success. It has a significant fanbase that rivals Star Wars’ in size and is currently a worldwide cult that is constantly expanding.

There are too many Harry Potter characters to count, yet they are all recognizable. If you are a fan of the franchise, you could recognize their names; they have their own gimmicks and wand. Girls may develop crushes on some of the boys in the Harry Potter books. Harry Potter, Ron Weasley, Draco Malfoy, Neville Longbottom, and Cedric Diggory are a few of the most well-known characters. Let’s learn more about them.

Even if some of the boys in the series are bad guys and villains, they put everyone in danger in various Hogwarts houses. We’ll reveal today which of these characters has the potential to become your boyfriend. Continue then

It’s time for the questions if you’re here. This quiz consists of 20 questions, the answers to which will reveal who is most likely to become your boyfriend. Have you prepared? The Harry Potter boyfriend test is now available.

Okay, good luck on the test and have fun. 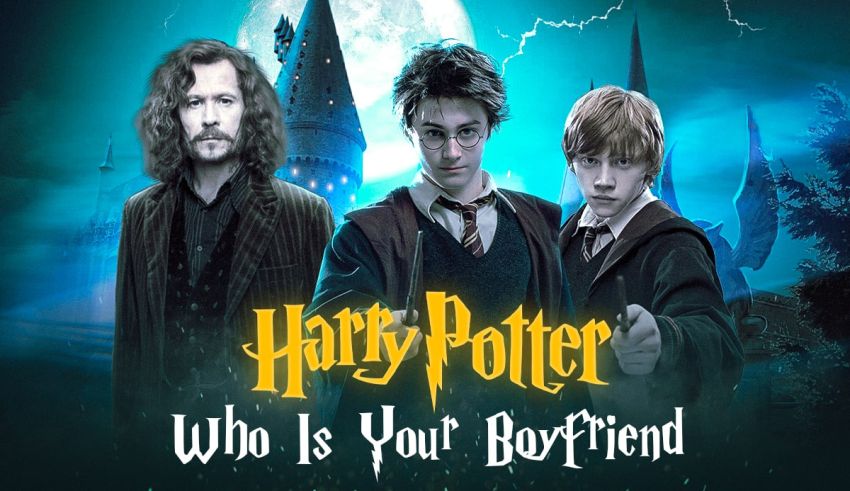