Quiz: Which ‘The Black Phone’ Character Are You?

If you want to know which ‘The Black Phone’ character you are, take this quiz inspired by the supernatural horror film directed by Scott Derrickson. Are you Finney, The Grabber, or some other kidnapped boy?

It’s a series of questions based on the events of the horror movie The Black Phone with the goal of identifying the character who shares a similar personality as you.

Suggested: Take The Black Phone quiz if you want to know which character you are by the different approaches of questioning.

Are You one of the kidnapped boys or the Grabber?

In the recently released supernatural horror movie The Black Phone, played by Ethan Hawke, cruel child abductor and murderer known as “the Grabber” terrorizes a sleepy suburb in a van full of black balloons. In late 1970s Colorado, a man as The Grabber stalks the streets, preying on “all-American” lads by luring them into his black van, locking them in a dark, foreboding basement, playing a “game” with them, and then killing them.

But the question is this: Are you the Grabber or one of the boys? Taking the quiz could expose the answer.

We analyze your motivations, ideologies, and traits to decide if you are the ruthless Grabber or one of the unfortunate and abused kids that get kidnapped by him.

How to Know Which Black Phone Character You Are

Reading the description of a character can help you locate the one who matches you. Here are some personality summaries of some of the important characters that may be of use.

The major character in the film and unquestionably the one with the most on-screen time is Finney (Mason Thames). Finney struggles with self-confidence, faces bullying at school, and lives with an abusive alcoholic father. He tosses a mean baseball, is very close to his sister Gwen, and has a crush on Donna, a student in his class. Only Finney, out of all the victims, heard the Black Phone ring, and he is the only one to survive.

In the first scene of The Black Phone, Finney pitches Bruce (Tristan Pravong), who is up to bat. Before he hits the ball out of the park and scores a home run, he gets two strikes. Bruce compliments Finney’s “a mint arm” as they shake hands.

In The Black Phone, Billy (Jacob Moran) is not discussed all that much. Like Bruce, he has forgotten his name, therefore he prefers to be referred to as the paperboy. He was taken by the Grabber as he was biking around delivering newspapers. It is reasonable that not much is known about Billy since The Black Phone is an adaptation of a short tale, and many of the characters don’t feature in the original work.

His sister Gwen and The Grabber’s fifth victim, Robin, are two of Finney’s companions in The Black Phone. At school, Robin defends Finney and keeps the bullies at bay. After The Grabber abducted Bruce, Robin became the toughest student in the school. His suggestion is straightforward: confront The Grabber and use the phone as a weapon. He is the final victim to speak with Finney via the Black Phone. A pep talk on how Finney could always take a punch is given along with some fighting advice.

The Grabber is a propensity for fair-skinned teenage lads and is nasty, vaguely devilish, and labeled as LGBT. The protagonist captures and articulates many of the anxieties that propelled white suburban America in the late 1970s and early 1980s: Horrific but uncommon episodes like the kidnapping and murder of Adam Walsh and the kidnapping and abduction of Etan Patz were converted into significant events with national significance due to widespread worries about gay depravity and youthful innocence.

This Quiz Is Based on The Black Phone characters MBTI Type

Every character in The Black Phone MBTI type has been examined, resulting in a comprehensive database. So you can be sure to accurately determine which character you are.

What Does The Black Phone Represent?

In the opening scene, The Grabber tells Finney to put the phone down numerous times. Despite the fact that it is broken, he is persistent. All of these elements indicate that the phone is an essential component of The Grabber’s mind. His past transgressions are really haunting him, and they are summoning him up to exact revenge and try to deter him from killing more defenseless youngsters. He is not returning their call. The Black Phone’s cable is used to kill The Grabber in a scene that could have come straight out of a horror film. It becomes obvious that they were the ones who planned his killing when Finney puts the phone to his ear at the conclusion and all the children have their last word with their killer.

If you want to take more of our quizzes please check our personality quizzes directory or type the movie or show you in the search box. 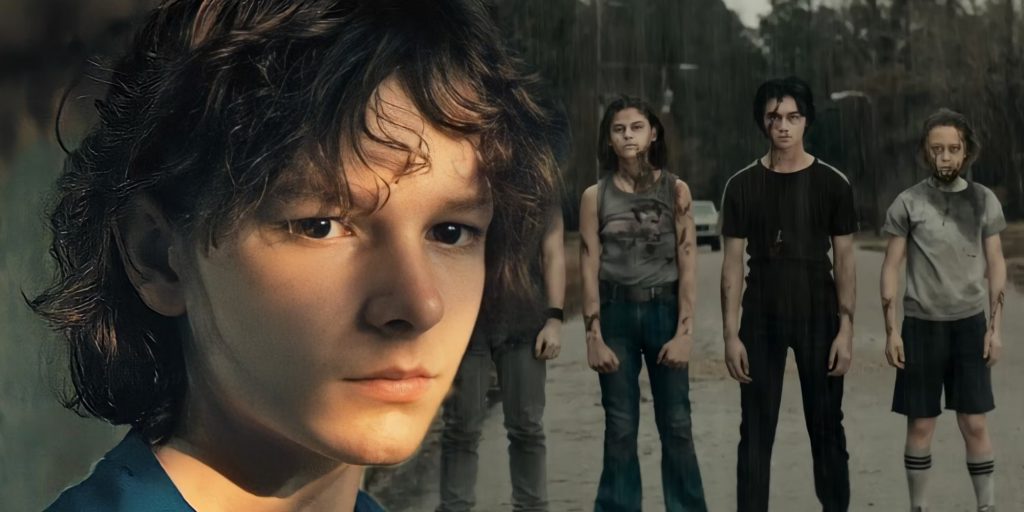