Quiz: Which One Tree Hill Character Are You? 1 of 6 Matching

Do you ever wonder what One Tree Hill persona you embody? This quiz on drama identifies your character as either Lucas, Nathan, Peyton, Haley, Brook, or someone else.

One Tree Hill Quiz: The Test That Transforms Everything

Even after the program was cancelled in 2012, fans continue to wonder, “Which One Hill Tree character am I? Because of this, we developed a fresh quiz that quickly connects you with a River Court Gang member.

The test resembles the Euphoria Character Quiz in many ways. However, in order to succeed, you’ll have to navigate some adolescent conflict and adult difficulties.

Everything you get in your results is listed here.

What One Tree Hill character are you?

The quiz’s main objective is to identify the kid or girl from the show who is most like you. So, the first thing you learn from taking it is that. But we go over and above and explain why we believe you share certain personality traits.

All nine seasons of One Tree Hill have a lot of teenage love turmoil. We therefore sought to establish the same topic in the quiz. The outcomes include scenarios for your potential love life if you were a real-life participant in the show.

A lot about your real-life persona may be learned from your One Tree Hill personality. And that’s why we gave the quiz findings a free analysis part. You’ll get a character analysis that describes the kind of person you are based on your replies.

How Can You Tell Which Character From One Tree Hill You Are?

The character assessment is your greatest bet. But if that’s not your style, try these alternatives. Decide which of the following descriptions most accurately describes you. Obviously, it is not a reliable method of matching people. Therefore, we still advise choosing to take the real exam.

He is a good man who desires to assist those in need. Lucas is the one who always watches out for the vulnerable. He was a successful basketball player, yet he never lost touch with his real friends, showing his loyalty. But because of his abandonment issues, he occasionally has conflicted feelings that have an impact on his relationships.

Nathan is subtly protective of his loved ones because he is the older brother. He does, however, come off as a bit of a nasty, cruel, and bad-boy persona early on in the play. Throughout the first season, it is clear how much his father has influenced his demeanor. And it encourages Nathan to behave badly, even toward his own half-brother.

But his friendship with Haley aids in his quest for identity. In the ensuing seasons, we watch him mature into a good and responsible individual. Even his bond with Lucas, his younger brother, is repaired by Nathan.

Peyton is the girl every schoolboy wants to date, just like any average cheerleader in American television shows. However, she is a young woman who doesn’t enjoy messing about and is independent, rebellious, and ambitious. Throughout the first few seasons of the show, she and Nathan have a toxic relationship. But she quickly understands that it must end because she deserves more.

Peyton appreciates music and various types of art and has an artistic personality. She is not, however, the flawless, attractive, and successful girl that everyone believes she to be. Her volatile emotions and recurring ghosts from her past make it challenging for her to establish intimate relationships.

Which One Tree Hill character are you, you might ask girls. Haley is a popular choice. That’s because she’s stunning, hilarious, self-assured, and compassionate. Haley is a firm believer that everyone is good. She demonstrates this by giving Nathan a second shot despite his poor track record. She is one of the River Court Gang’s most helpful buddies, often giving someone a helping hand.

Haley is, nevertheless, also very devoted to her family. That can occasionally harm relationships. She does, however, maintain the equilibrium.

One of the One Tree Hill Quiz’s most uncommon results is Brook. That’s primarily due to her complex personality. She begins the episode as a party girl who doesn’t give any thought to conventions and rules. She even tries to have a sexual relationship with Lucas only to make a point. She subsequently becomes a prosperous businesswoman and exhibits her sensitive aspects, nevertheless.

She has proven to be a trustworthy, kind, and responsible woman in the last few seasons of the show. And that’s a significant change for a character like him.

One Tree Hill had a large cast of supporting characters despite being an adolescent drama. (These days, we don’t see that very frequently. Think River Dale or the Outer Banks). Our personality test is interesting since it includes the supporting and recurring characters the most frequently. Therefore, you are not required to resemble a River Court Gang member.

Advice: Compare your star signs to determine which One Hill Tree figure you are. To find out who your equivalent is, use the table below.

Test yourself to find the correct response.

Still trying to figure out which One Tree Hill personality you are? If so, go ahead and take the test. The results’ accuracy will astound you. Additionally, you’ll feel nostalgia as you recall all the wonderful elements of CW’s legendary hit. What are you still holding out for?

None of the pictures used in the “One Tree Hill Quiz” are owned by QuizExpo. All of those images are CW’s property.

For more personality quizzes check this: What Is My Favorite Movie Quiz. 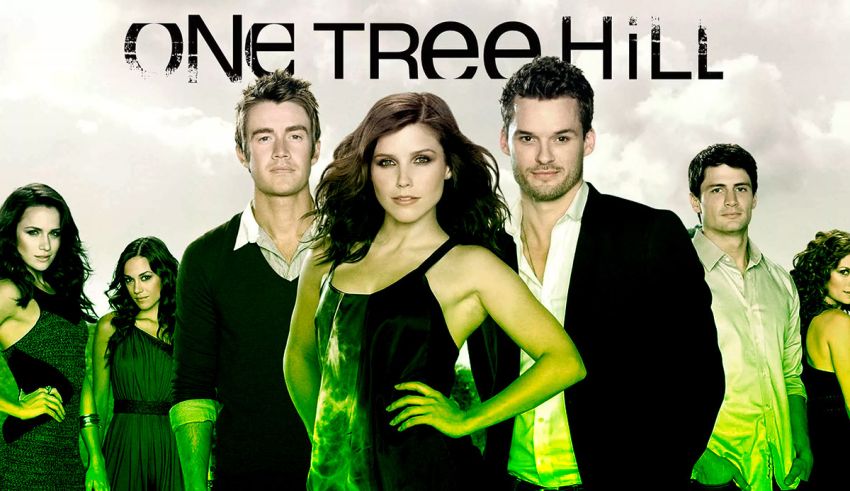