This Omegaverse Quiz determines if you are an Alpha, Beta, or Omega if you are interested in learning your A/B/O rank. The test that determines your secondary gender most accurately.

What the Controversial Omegaverse Quiz Is About

Twenty kinky, fantasy, roleplaying, and personality-related questions make up the ABO Test. Its objective is to reveal your concealed gender identification in the fanfiction.

According to their physical and mental characteristics, men and women are given one of three roles in the fan-made alternate universe known as Omegaverse. You have the option to learn which of the aforementioned ranks best describes your personality by taking the survey.

An Overview of the Test’s Early Development

Alpha/Beta/Omega was created by Supernatural fans. They wrote mature stories about the actors from the show that they shipped. These fanfics sparked the development of an entire universe that was subsequently dubbed Omegaverse.

However, TikTokers further popularized the concept in recent years. Users like Omar’s Big Sister stoked the fire for other TikTok videos explaining how the ABA hierarchy and mating system operate. Additionally, more individuals are now curious to know what THEIR secondary gender would be if they lived in an AU-like society.

Maybe you’re wondering, “Am I an A, B, or O?” Or perhaps you don’t understand what they imply. However, by taking the Omegaverse Quiz, you may determine where you would rank in the dominance hierarchy and what function your alter ego would serve.

Characters are nearly universally either Alpha (Dominant), Beta (Neutral), or Omega in fanfiction (Submissive). Who are you, though, is the question. The descriptions that follow could help with that.

A character is a natural leader, as the word says. Alphas are tyrannical and among the most well-known characters in every story. Huge gentiles and a captivating aroma are two of their distinguishing physical characteristics.

Such characters tend to draw attention from Omegas, particularly during the Heat process. However, they can also breed Betas.

The A group’s infertility is a significant characteristic. Additionally, through a process known as Soulbonding, they can permanently possess their spouse by marking them.

When taking the Omegaverse Quiz, few people desire to be in the B group. They are the least intriguing characters, which explains why. Nearly all of the B characters’ traits are casual and predictable. Since it is simpler for them to focus on their work, these individuals typically belong to the working class in fanfiction.

In specific circumstances, betas can also impregnate the O group. But it is a rare occurrence.

The problem is that this group actually makes up the majority of persons in the ABO universe. As a result, being a part of it reduces you to an everyday, unremarkable individual. Because of this, nobody likes it.

The characters in the O group tend to be more feminine, kind, innocent, and subservient. They are frequently referred to as the bottom ones in sexual relationships. Additionally, they lack a lot of masculinity (in most cases).

In case you are unsure, you can check QuizExpo to see if you are a Top or Bottom.

Os can become pregnant both male and female, however they are unable to fertilize Alphas or Betas.

The Heat of Omegas is their most important characteristic. Similar to the ovulatory phase in women, it is a process. During this process, their body releases hormones that result in potent odors that arouse other genders, particularly the A group characters.

Our ABO test reliably identifies your secondary gender. That’s not it, though. Your sexual orientation (in an AU), personality, and other information are all included in the results.

By the time you complete the Omegaverse Quiz, we will know enough about you to categorize you. As a result, you will get a thorough explanation of why you were assigned to a specific group and what it entails.

Over 57% of all A/B/O fanfictions, according to Destination Toast, are explicit. Therefore, taking the test allows you to explore your deepest flaws (and maybe even fetishes). Additionally, the questionnaire will enable you to explore your sexuality and orientation in a secure setting.

Face your self-image head on

The definitions of masculinity and femininity are hazy. You can determine whether you are more on the macho or womanly side by taking the Omegaverse Quiz.

In the ABO universe, most of the stories are overt. Additionally, they contain exclusive sexual ideas that have an impact on how the characters mate and reproduce. You can learn more about what your sexual life would be like in an AU by taking the Alpha/Beta/Omega questionnaire. What we say about your intimacy as A, B, or O is as follows.

The test outlines the ovulation and copulation processes.

Rust, an A-only procedure, takes place when an Alpha becomes aroused. Our quiz elaborates on how, if you were a dominant character, you would handle and respond to it.

The odors of personalities A, B, and O may be distinctive and occasionally extremely seductive. It will provide some understanding into your unique odor even though it is not an Omegaverse fragrance generator.

Do you want to be the one who gets tied or the one who creates knots? We provide an answer to that query in the findings.

An A character bites their companion during this ritual-like phenomena to mark them. And as a result, the souls of the bitten and bitten become bonded. (The quiz reveals which side of this strange ceremony you may be on.)

All Genders Can Take the A/B/O Quiz

The exam will be effective for you regardless of how you define your sex role. You need not be concerned about inaccurate findings because our questionnaire is completely gender-neutral.

None of the concepts and ideas mentioned in the Omegaverse Quiz belong to QuizExpo. We kindly urge that you consider the results with a grain of salt because everything occurs in an Altered Universe. Additionally, if any of the inquiries or outcomes disturbed you in any way, you can always get in touch with us and let us know. 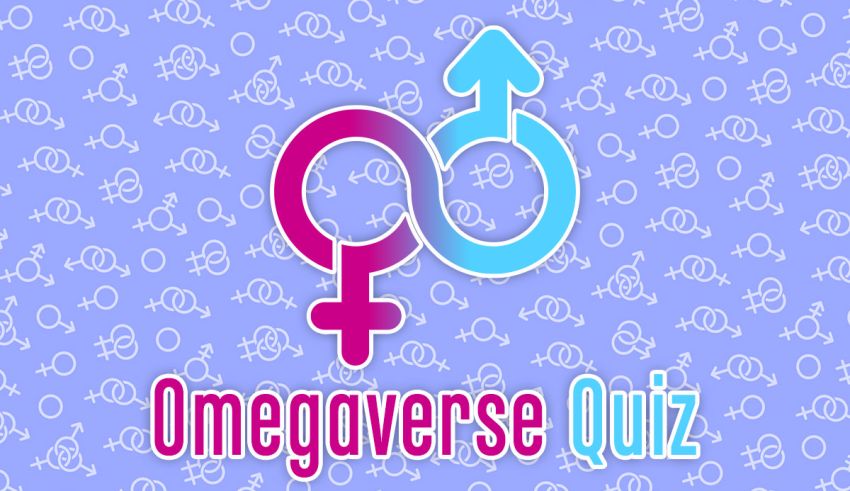