Instant results are available on this free IQ test for children. To achieve the best and most objective results, respond to the quiz’s 20 standard questions.

The G-Factor was first proposed by psychologist Charles Spearman as evidence that there is one general intelligence factor. Since then, scientists have been developing ways to evaluate it. However, Simon and Binet created the first valid IQ test for children in 1905. The two developed a way to determine a child’s IQ using a straightforward formula: exam score divided by age and multiplied by 100.

Binet-Simon The aim of the test was to identify kids with exceptional needs. However, their system was later applied to categorize students according to their test results.

Other variations of the Binet & Simon work, such Stanford-Binet, are still employed today for a variety of uses. However, the WAIS exam is now the most popular approach to determine a child’s IQ.

The Difference Between Modern and Classic Intelligence Quotient Exams

IQ testing for children are now occasionally used to find students who have problems with learning. The fundamentals of the exams are mostly unchanged from the traditional ones. Some psychologists used the technique to identify mental disorders like schizophrenia back in the 1990s. Exams utilized today are not used for that.

The Best IQ Test Is the One with No Labeling

We label someone as “severe learning handicapped,” “talented,” “athletic,” or “not good at arithmetic” as if we have the ability to predict their course of development throughout the course of their existence. These are the remarks of Scott Barry Kaufman, a struggling student with an extremely low IQ. He reportedly has major learning disabilities, according to the psychologist who examined him. Scott was consequently assigned to a special school. He didn’t give in, though, and went on to earn a Ph.D. from Yale.

That is only one of many examples that indicate it’s wrong to categorize kids based on their IQ test results or scores. These assessments are nothing more than calculations and estimates. However, human capacities go beyond what can be covered in test questions. Therefore, the focus on specific skills or talents without assigning labels to the test-takers makes this type of IQ test the best for young children.

The Intelligence Quotient tests are all inaccurate. This is because a number of internal and external factors influence the result, decreasing the validity of the assessments. These are the most significant elements that adversely affect the outcomes.

Some students experience a particular kind of stress that impairs their performance on tests. Those who have test anxiety struggle to concentrate on questions even when they are aware of the right answer (s). Therefore, forcing such a person to take an IQ test without taking into account their unique state does not yield reliable or accurate results.

According to studies, a child’s upbringing has an impact on their IQ test scores. That has nothing to do with the children’s potential or actual IQ. However, a child’s IQ test results may decline the less educational options they have.

A student’s or child’s brain may have little damage that affects specific functions. The results will be poor if you evaluate injury-related skills. When other abilities are being tested, the aforementioned person may appear to be functioning perfectly normally.

The final result of an IQ test for children depends on how you interpret the results. Consider a strict family who desires for their sole child to be the top student at the school. They are now concerned since their children received an Intelligence Quotient score of 110. Note that this score demonstrates the child’s complete normality. However, the parents’ interpretation gave it a disturbing or unpleasant appearance.

What Is the Point of IQ Tests for Kids?

Authorities can identify potential learning disabilities in students using a standard and clinical atmosphere and a child’s IQ test. It enables them to create unique plans or give the exceptional kids particular learning aids so that they can advance without any problems.

The history of such assessments is terrible, despite the fact that modern science forbids the improvised use of an IQ test for children. The following three examples demonstrate how inaccurate knowledge and misinterpretations on this subject resulted in unsatisfactory choices.

Virginia State stated in 1924 that low IQ individuals, particularly children, should be sterilized. The absurd ruling was even affirmed by the top court, demonstrating just how foolish politics might get.

During the First World War, the United States classified, arranged, and employed men using IQ tests. Such methods have resulted in the development of an IQ hierarchy that may be used to estimate someone’s intelligence based on their race, ethnicity, or other similar characteristics.

One of the most heartbreaking IQ test scandals originated during the Nazi era. German soldiers who believed in eugenics sanctioned the mass execution of numerous children and adults who were not perceived as “clever.”

You cannot expect a number to predict your future or form your present. Any IQ test for children (regardless of its type or scale) is not 100% valid. There are a handful of reasons why you should not embrace the exam scores as concrete facts. A few of them are listed below.

Similar to IQ, creativity is difficult to pin down. Therefore, despite having a low score on a typical cleverness test, your child may be a creative and inventive genius. Although IQ tests are useful for assessing specific skills, they only provide a limited analysis and nothing more. It is best to try this emotional intelligence test if you wish to determine your or your children’s EQ.

Scientists Still Do Not Agree on the Definition of Intelligence

What exactly constitutes intelligence or cleverness is unknown. That is so because the human mind is so complex and capable. Does intelligence automatically translate into math aptitude? Or is it something to do with comprehending challenging ideas? Perhaps it has to do with how successfully you can complete a particular activity. Nobody is aware. Therefore, your IQ score is only just able to capture portion of your intellectual abilities.

IQ Does Not Measure an Individual’s Progress Potential

Everyone believed Scott Barry Kaufman would struggle to learn new material in his true-life story. That occurred as a result of his relatively low IQ score in comparison to his classmates. Nevertheless, he was able to follow a fruitful career and get a Ph.D. Therefore, a child’s IQ test cannot foretell their destiny. There are always opportunities to advance, learn more, and sharpen your talents.

How Does the IQ Test for Kids on This Page Work?

The 20 questions on the Intelligent Quotient test for kids measure verbal reasoning, working memory, and visual-spatial abilities. Here are the meanings of these components and how the evaluation system functions for each.

Some of the questions on the free kids IQ test gauge a child’s ability to understand written phrases. This is due to the fact that verbal thinking is a crucial skill for learning and problem-solving.

Short-term memory is the subject of a few questions on the IQ test for kids. The simplest technique to assess someone’s working memory is in this manner.

Children need to be able to comprehend the links between objects’ dimensions. Therefore, a question on the IQ test on this page also assesses the examinees’ visual-spatial abilities.

What Do the Results of the IQ Test for Kids Mean?

You receive one point for each accurate response on the children’s IQ test on this page. You can view your final exam result on a scale of 0 to 20 at the conclusion of the test. Here is what your score and points on this test mean.

10 or fewer points: Your IQ is typical. You scored the same as over 70% of the contestants.

11 to 16: You have above-average intelligence. 28% of the subjects or so experienced the same outcomes.

For more personality quizzes check this: Which Jojo Character Are You. 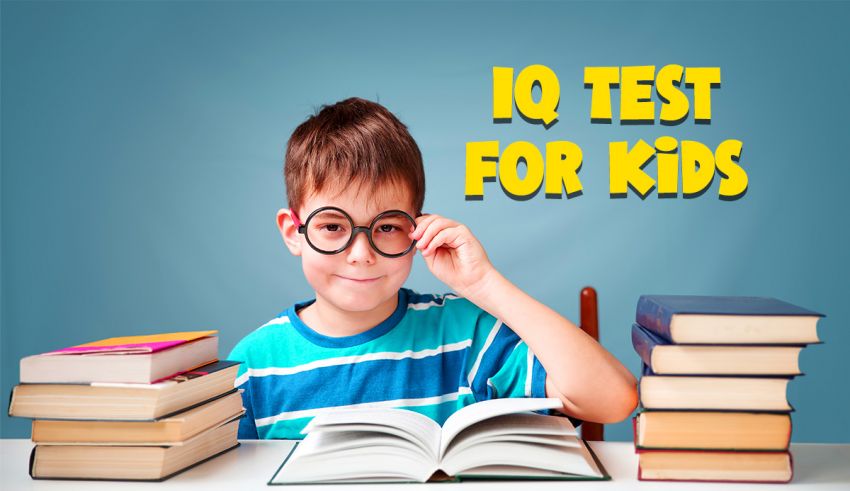