Your fandom knowledge is put to the test in this ultimate VICTORiOUS quiz. There are 20 challenging questions regarding the people, times, stories, and details! Can you obtain a +80%?

Get ready for the most challenging VICTORious quiz yet!

For the most ardent Victorious fans, we have twenty difficult questions. Scores on the forced-choice trivia test range from 0 to 20. Only a small percentage of participants actually succeed in passing the test and scoring 100 percent.

We’ve developed additional bizarre quizzes about high school musicals, such as Which Glee Character Are You? This one is unique, though. It’s not a personality thing. Instead, it concerns your show knowledge!

Three different question kinds that progressively increase harder may be found in the Victorious Quiz. (See under)

Cat’s age in the third season was how old? Or what was the name of Beck’s uncle? These are a few illustrations of what the VICTORious Quiz will entail for you. The key characters are all well-known to true fans, right? At least, that is the general consensus.

You have the opportunity to demonstrate your genuine affection for Tori, Jade, Cat, Andre, Robbie, Beck, and Trina.

The fandom for Victorious is rife with shipping endeavors. So, we decided to add some romance-related information to the test. You will come across inquiries on the romantic interests of the main characters as well as other minor romantic aspects.

The timeline component of the VICTORiOUS Quiz is the most challenging. Here is where the plot’s most perplexing questions are found. You might think it’s simple. But hold off until the test’s final five questions! Less than 65% of participants are able to correctly respond to each question.

Note: For examples, see the section below on warmup.

Your test score reveals how many of your answers were accurate. But there’s also a deeper significance to it. Based on your points, you can determine what kind of Victorious fan you are. The numbers suggest the following.

A poor thing is to have fewer than five points. Like Cat, you appear to be a forgetful person. Of again, it could be that you’re a brand-new fan. If so, try again after completing all four seasons to see if you can improve your score.

Any scores over six are quite outstanding, we must confess. That is due to how difficult the Victorious Quiz is. Having less than eleven responses, though, suggests that you are not a big fan. It seems more like you have only recently begun watching the Netflix show.

If so, be sure to look into the VICTORiOUS fanbase. There are a ton of facts and useful information regarding this cherished Nickelodeon series available there.

A little over 40% of real fans manage to score at least twelve. You have therefore successfully completed the Victorious Quiz if that is your score. But you fall into the category of runner-up. Anyhow, this outcome is sufficient for you to begin your career as a performer.

Congratulations! You have been named the year’s most legendary supporter. Only 65% of people are able to beat your Victorious trivia score. You are now an unbeatable fan of the show as a result. You would make the Victorious gang proud. It’s time to brag about your accomplishments to your buddies so they’ll be envious.

Okay, let’s take a quick quiz to determine your level of readiness for the actual trivia. There are Yes or No responses to the following queries. Please read them attentively and provide honest responses. Right at the bottom of the page is the answer key.

Note: If you get 4 to 5 of the questions right, you’ll probably pass the test.

A1: Has Jade ever had pink hair?

Do Cat and Cat own a cat?

Question 4: Has Robbie ever kissed Cat?

Is Cat a native of Venice, California?

Troi was actually born in 1994, correct?

Q8: Robbie makes an appearance in each of the four seasons’ episodes.

The answer key is provided below.

None of the pictures used in the Victorious Quiz belong to QuizExpo. The rights to the aforementioned images belong to Netflix and Nickelodeon. 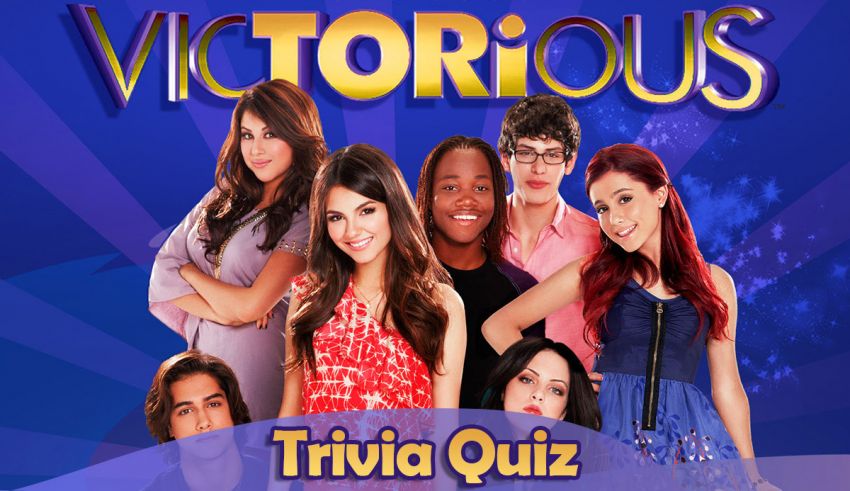