Are you wondering, “Am I an Incel? To find out if you’re an incel man or woman, do this virginity test. The only prejudice is that. Detection of Free Involuntary Celibacy

Symptoms of an Incel

Technically speaking, you are an Incel—an acronym for Involuntary Celibate—if you are subjected to sexual deprivation against your will. However, you’re an ardent Incel if you complain about the lack of closeness online, despise attractive men or women, and blame society for your virginity.

There is a lot of online bullying and harassment directed at Incel communities, just like there is with other contentious subcultures and labels like simps, weeaboos, and furries. To determine whether you are a member of the required virgin groups or not, we however wanted to develop an impartial test.

Why Do You Want to Take Part?

The exam is intended for people who constantly second-guess themselves, such as “Am I an Incel?” If you are concerned that your opinions are extreme or controversial because they are anti-gender, you should participate. It should be noted that in some nations, like as Canada, incels are regarded as members of the IMVE movement, which stands for Ideologically Motivated Violent Extremism. Knowing whether you are a part of this subculture or not is therefore important.

The Issue with Dangerous Incel and Femcel Tests

Unfortunately, other online options spread discriminatory and radical ideologies. They make degrading judgments about your appearance based on internal memes about Chad and Stacy. The most well-known Incel Quiz begins with a silly question regarding your jawline. Additionally, it sends you to unsuitable 4Chan forums without your permission.

The issue with such exams is that they undermine participants’ self-assurance, particularly when they’re experiencing sexual or romantic discomfort.

The good news is that our survey respects and values its participants. Due to your appearance, we do not refer to you as an Incel or Femcel. We may therefore safely conclude that it is NOT an Incel Attractiveness Test. The answers to our questions are neutral, and none of the harmful notions are promoted.

The goal of the quiz is to provide information on topics like “Am I an Incel?” We go through three main life processes to do this: thoughts, relationships, and feelings. What you need to know about each segment is provided below.

It’s acceptable to refer to a miserable virgin as an Incel. To differentiate between violent misogynists, naive sexless dudes, and desperate male supremacists, the community has deeper layers. To create a comprehensive analysis, it is imperative to revisit your views about men, women, intimacy, and romance.

Being an Incel involves experiencing troubled romances. The majority of people who identify as Involuntary Celibates also lament their inability to find love. The questionnaire has particular questions to help you reveal any issues you may have with your romantic relationships.

How you feel in general about relationships and life. Usually, you inquire about your sentiments by asking questions such, “Am I an Incel?” The quiz’s goal is to make sure there is nothing to be concerned about. Indeed, the majority of Incel extremist communities encourage violence and hatred toward women. We want to make sure you don’t identify with these terrible feelings and statements.

Are All Incels Dangerous? A Psychologist Responds.

According to Dr. Todd Grande, “I believe there can be danger involved with that when you see an excessive level of practically any philosophy. As a result, a small percentage will pose a threat, as seen by [terrorist and hate crime] attacks. But he also thinks that the bulk of the residents are good and in need of assistance.

Being a sexless man or woman is OK, however

You completed the questionnaire, and it indicated that you are an Incel. Next, what? Should you be concerned that you might be ill? Well, that depends on how you feel about virginity and sex. Yes, you should be concerned about the outcome if you have turned your irritation into hate and hostility toward others and advocate violence.

You shouldn’t be concerned, though, if you’re more like an innocent Incel or Femcel who doesn’t feel entitled to sleep with others. You should be aware that it’s acceptable to be a virgin; the CDC reports that 12.3% of females and 14.3% of males between the ages of 20 and 24 have never engaged in sexual activity. Therefore, it’s not a huge concern at all.

When virginity takes priority in your life, it becomes an issue. One of most peoples’ primordial desires is to engage in sexual activity. But it’s not a tool for validation.

Alternatives to the Question, “Am I an Incel?”

Take the questionnaire to receive a reliable answer if you can’t stop thinking about being an involuntary celibate. However, in our opinion, there are more crucial issues to think about first. If you’re concerned about being an Incel or Femcel, consider the following questions.

– Am I misogynistic or misandristic?

Blaming people for losing their virginity is one thing that might make it seem dangerous. You’ve probably heard the memes that claim Chads are the real reason some less beautiful guys have a hard time getting laid. More worrying than being a virgin are such misogynistic or misandrist views.

– Do I believe I have a right to find love?

The issue with a radical segment of the Incel population is that they regard having sex as a right. They purportedly deprive men of what they are entitled to, therefore they encourage aggression against women. But the fact remains that just because you exist, no one owes you a close physical relationship.

– Am I uneasy about myself?

Being an Incel might result in insecurity or can be the root of it. So, take your time and consider your level of confidence.

To fine-tune the outcomes of the Incel and Femcel tests, we have established distinct categories. You might fit into one of the four main categories based on your responses.

You likely fall into this category if you hold any aggressive, bigoted, or biased ideas toward a particular group of individuals. Being labeled an extremist Ince is bad news because in most nations such viewpoint is seen as terroristic.

You might decide against using violence against society. However, if you encourage others’ hostile behavior, you pose a threat to fellow Incels or Femcels.

The best response you can receive on the Incel test is probably this one. It implies that you are a good person who dislikes being a virgin. You don’t put the responsibility on other people, you don’t think it’s your right to be laid, and you don’t subscribe to any contentious Involuntary Celibate communities’ ideologies.

If you fit this description, being an Incel is not the real issue for you. Will I ever find love? is one of your worries. Instead of obsessing over your virginity, you’re unhappy with the absence of romance and connection in your life.

This page’s questionnaire is intended to assist people who are unsure of their gender identity. It’s not intended to stigmatize you or to discriminate against a particular group. However, some people might not appreciate the outcomes because fanatical Incel communities are linked to contentious views. If you have any questions about the test questions or answers, kindly get in touch with us.

For more personality quizzes check this: Which Bungou Stray Dogs Character Are You. 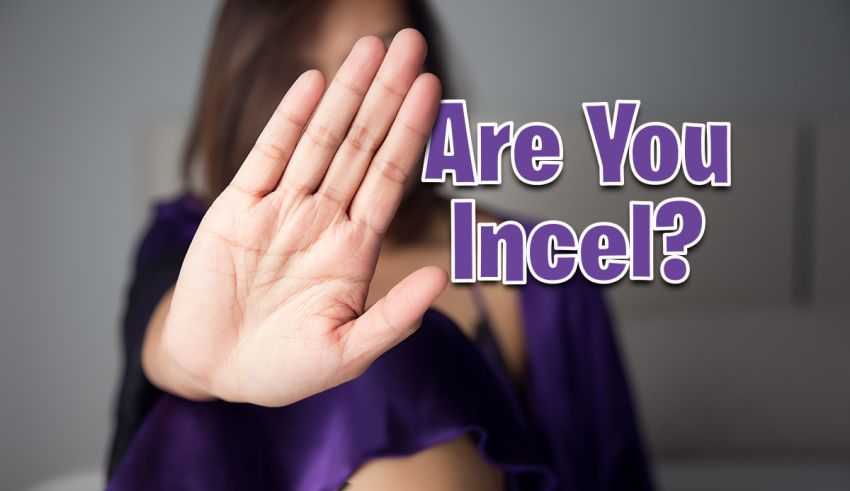