Find out if you discriminate against particular groups of people by taking a bias-free racism test. These 20 questions will quickly reveal all of your biases.

A Racism Test: What Is It?

If you want to know if you’re racist, you have to answer a forced-choice question. The test looks for overt and covert manifestations of intolerance to see whether your views are being put to the test.

The findings of this test, in contrast to our Race and Ethnicity Test, are blunt assessments of your opinions. You might come to see that your opinions are inappropriate and damaging to our society. However, the inverse is also conceivable. By the end of the test, some people realize they are neutral and anti-racist.

What distinguishes it from the IAT Test?

The Harvard Implicit Association Test examines potential subliminal preconceptions regarding a range of subjects. The Racism Quiz, on the other hand, emphasizes intolerance based on race and appearance.

Can an African American or Native American take the racism test?

Yes, anyone from any race can take the test to determine how stereotypical their attitudes are. Even non-white people are capable of racism. Some claim that because white people have privilege and a dehumanizing view of and treatment for black people, black people can view white people as morally bad. And that exhibits some prejudice.

A benefit of taking the Am I Racist Test is that it establishes the scope of your issue, if any. Therefore, it identifies if you are an aggressive, passive, or covert xenophobe.

Understanding the Kind of Racism You Participate in

Chauvinism in society can be either personal or social. The Racism Test has a high degree of accuracy in identifying the kind of prejudice you might be harboring. Here is all the information you require concerning the aforementioned two types.

Individual racism is the act of discriminating against a specific person or ethnic group while acting as a member of society. Additionally, you should be the only person who is affected by your conduct ethically or legally.

The use of the N-word to disparage a black person is an illustration of individual discrimination.

Systematic or organized bigotry occurs in the political and power structure. For instance, research reveal that white women with the same employment and competence level make 25% more money than black women.

You might not be able to tell if you participate in this occurrence by taking the racism test. It can, however, confirm whether or not you believe in it.

What Your Prejudice Trigger Is.

Not all people show prejudice toward ethnic groupings. Other variables like age or political beliefs could lead to bias. You can determine the most significant factor that might increase your intolerance by taking the Racist Finder Test on this website.

Agism occurs when you prefer someone or treat them differently because of their age.

Bigotry that frequently takes the form of sexism involves the unjustified belief that one gender is inferior to another.

The Racism Test would ascertain whether or not you dislike particular people because of their appearance, nationality, or other comparable characteristics.

Members of the LGBTQ+ community have endured biased attacks for decades. If you have any unfair opinions about these persons, the quiz may reveal them.

The racism quiz also looks for indications of political bigotry in attitudes and feelings. In daily life, you might be quite accepting, yet you might also be radical.

Testing You for Other Favoritisms Related to Race

Racism can be concealed or manifest itself in a variety of unknowable ways. Because of this, the quiz also aims to reveal some of its less well-known varieties.

Microaggression is demonstrated by seemingly innocent remarks or inquiries like “where are you actually from?” or “You speak English so well.” A covert kind of bigotry is making assumptions about someone based on their appearance or their nationality or race.

How Can You Tell If You’re Racist? (Not using a Test).

If you think some individuals are better than others because of their race, ethnicity, physical characteristics, or nationality, you are a racist.

You can inquire of yourself the following:

You are a racist if you said “Yes” to any of the aforementioned questions. For precise and dependable results, however, we advise taking the entire test.

What If You Scored Racist on the Racism Test?

The premise that exposure, connection, and communication lower the likelihood of discriminating against others is supported by studies. The best course of action if the quiz revealed that you are a racist is to expose yourself to people of different nationalities, cultures, and ethnicities.

Your biases can be efficiently eliminated by broadening your circle of friends and interacting with people of all races.

According to psychologists, our parents and surroundings might teach us racism (or how they raise us). Making sure there are fewer toxic people in your life is another action you may take to stop being racist. Replace individuals who promote discrimination against others with amiable, understanding, and compassionate people. Let go of them.

Controversial questions include “Am I racist?” Without respect to your intentions, you are upsetting your society if the answer is “Yes.” You might believe that your opinions won’t offend anyone and that you have the right to free expression.

But that is not at all accurate.

Numerous studies have shown that hate crimes and racism cause permanent mental and physical harm to their victims.

Suicide rates are higher for racial attack victims. Additionally, these populations appear to have higher incidence of depression and mental disease.

In comparison to their colleagues, those who have experienced prejudice at some point in their lives are also more prone to addiction and obesity.

Being xenophobic makes it easier for your children to develop racial prejudices. Despite how harsh or absurd they may be, children tend to hang onto their parents’ opinions. Therefore, your prejudiced views are another reason why favoritism still exists in our culture.

You Can Learn Anti-Racism Through the Racism Test

Twenty important elements are examined by the quiz to determine whether or not you are biased. However, the objective is to instruct you on how to avoid racism and discriminatory practices. As a result, the recommendations from psychologists and sociologists on how to develop into a tolerant citizen are included in the results.

Regardless of the motive or intention, QuizExpo is opposed to all forms of prejudice. Additionally, the Racism Quiz is intended to shed light on the subject. If you come across any questions or results that are insulting or improper, kindly let us know. 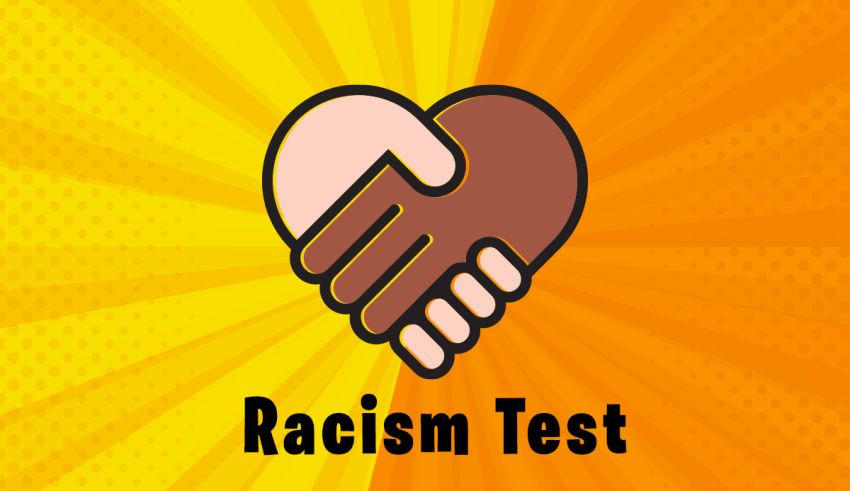